Teenage Bounty Hunters is a 10-episode American comedy series that tells the story of sixteen-year-old fraternal twin sisters Sterling and Blair Wesley. Rebelling against their buttoned-up Southern community, the teens team up with veteran bounty hunter Bowser Simmons for an over-the-top adventure as they dive into the world of bail skipping baddies and suburban secrets while trying to navigate high school drama—love, sex, and study hall. 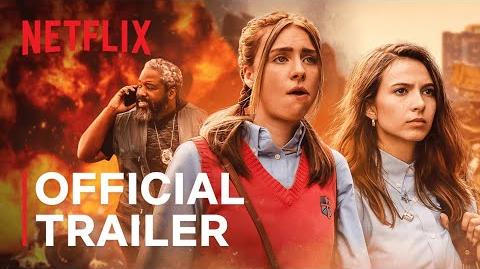 The 11 Best Netflix Shows You Can Binge in a Weekend  Paste Magazine...

23 best funny movies on Netflix that are binge-worthy  PINKVILLA...

In ‘First Kill,’ Hunter and Prey Fall in Love  The New York Times...

Come have a chat with us about the show in our Discussions, or even sign up for an account and help to expand our ever-growing database of content!